Turkey vs Chicken: Which is Better? 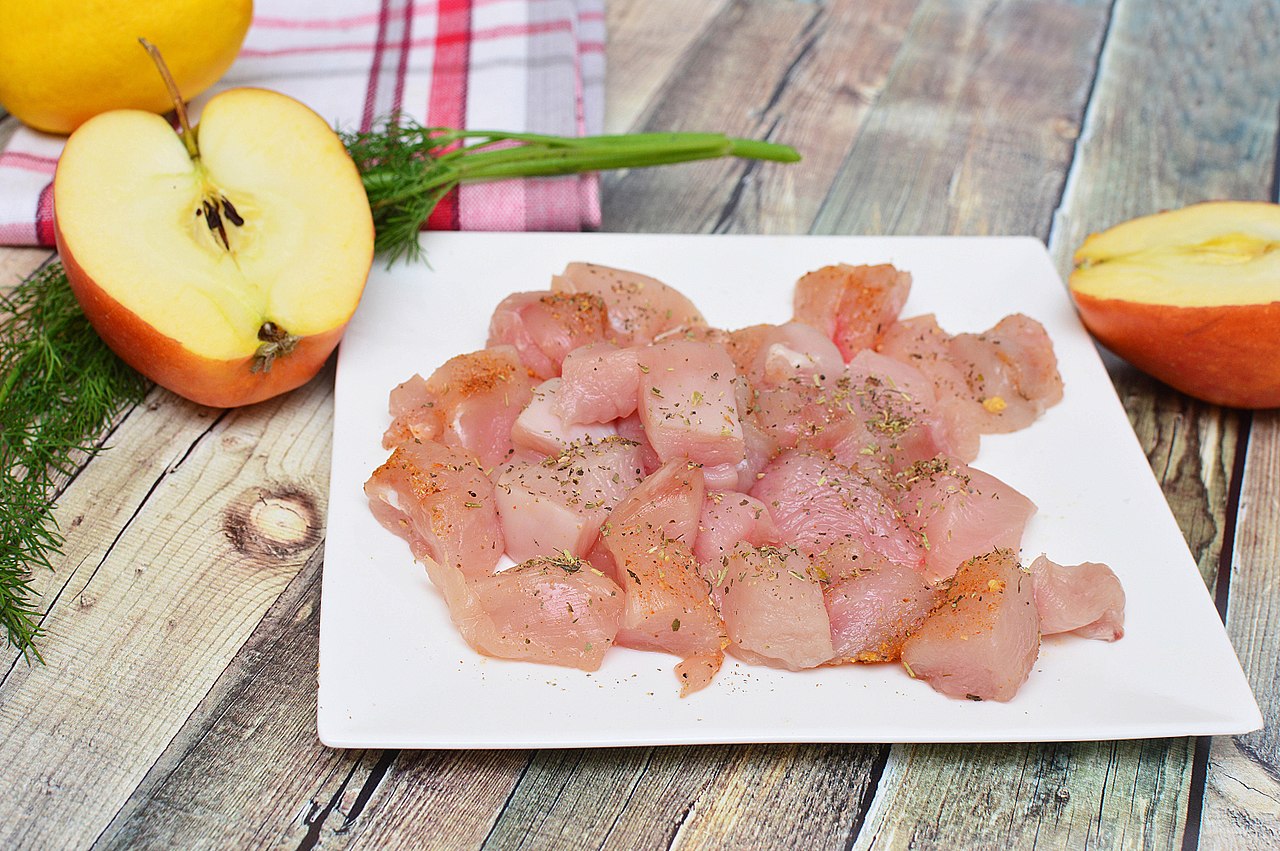 Turkey vs chicken: how do they compare? They’re both cheap (cheep?) meats, and both are known to be lean. But is one better than the other for cooking, or is one nutritionally better? Don’t get your feathers ruffled in the chicken vs turkey debate. There’s no need to wing it – here’s egg-zactly what you need to know about the differences between the poultry.

Turkey vs Chicken: Availability and Cost

In older cookbooks, it wasn’t uncommon for a recipe to call for a “spring chicken.” These birds are small, usually weighing less than 2 pounds each. The reason for the specificity of the ingredients is because the cooking time in these recipes is usually around 15 minutes or less. These spring chickens can also be referred to as poulets. In modern cookbooks they’re just called broilers.

You can still find broilers in the grocery store, but they’re not just available in spring. Broilers are sold year-round, right next to fryers and roasters. Most grocers sell chickens at a per pound rate, regardless of the size of the bird. The exception to this is chicken which is skinned, or is boneless.

Turkey is most closely associated with holidays. The United States gobbles up 46 million turkeys on Thanksgiving alone, and the bird is a global ambassador for Christmas and Easter celebrations. But, as you know, you can find turkeys in the poultry and frozen departments of the grocer all year.

Per pound, chicken is less pricey than turkey. The cost of chicken averages about $.20 less than turkey, perhaps because turkey is seen as a specialized food. People are willing to pay more for a holiday bird like turkey, whereas chicken is viewed as an everyday dinner.

Overall, there’s very little difference in price and availability between chicken and turkey. Both are inexpensive to raise, and that price is reflected at the market. That said, there’s no clear winner in terms of the cost and availability of turkey vs chicken.

Nutrition of Turkey vs Nutrition 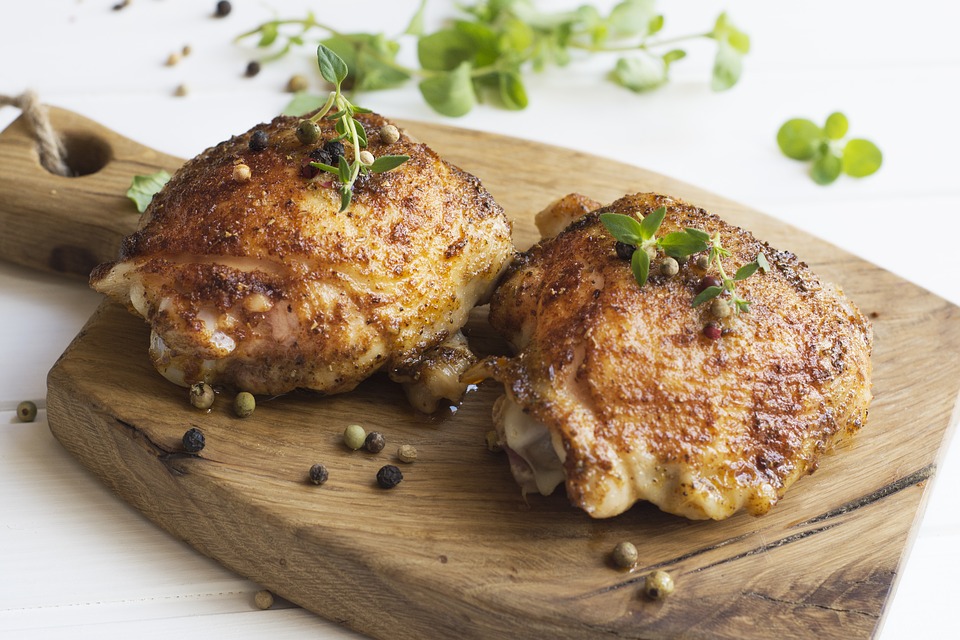 As mentioned, chickens and turkeys are both lauded as lean, healthy meats. They’re easy for your body to digest; more so than, for example beef. Beef takes up to 72 hours to digest, whereas chicken takes as few as eight. Turkey takes about the same length of time as chicken.

The same one pound cut of turkey will contain 27 grams of protein and less than a gram of fat. Chicken is similar, containing 25 grams of protein. But the fat content is higher at 3 grams per pound.

There are other considerations, of course. In some regions of the world it’s considered culturally appropriate to deep fry an entire turkey. That’s rare, though, and you’re more likely to find a fried chicken than you will a fried turkey. Most turkeys are prepared whole, usually in the oven.

Conversely, chickens are more frequently butterflied, cut into strips, cubes or medallions and prepared as a complement to other foods. You’ll be hard pressed to find a recipe for turkey cordon bleu, or even turkey marsala. Food preparation is a huge factor when considering the nutritional value of chicken vs turkey.

In short, chicken and turkey are very close in nutritional makeup. Turkey contains slightly higher amounts of protein, and just a bit less fat than chicken.

Which is More Versatile?

Technically speaking, you can do just about anything with turkey that you can with chicken. However, you might not want to.

Turkey has a “fowl” reputation as a gamey bird. Admittedly, much of this has to do with the bird frequently being poorly cooked. Wild and farm-raised turkey, done right, are just as tender as chicken.

With that said, though, it’s difficult to incorporate turkey into some chicken recipes. Those recipes like stir fry which have short cook times may be appropriate for the bird. Ground turkey is very flavorful, maybe even more so than chicken. But because of the construct of the actual animal, some recipes may not turn out as well using turkey as chicken.

But that’s not to say there aren’t a thousand things you can do with turkey! Your best bet is trial and error, or use that recipe your grandma passed down to you. Turkeys will usually be cooked at a lower temperature than chicken, so bear that in mind as you experiment. High temps may dry out your bird; you won’t be happy with the results.

Studies have shown that chicken contains more Omega-3 and Omega-6 fatty acids than turkey, and less sodium. But again, the nutritional contents of chicken vs turkey depends on how it’s prepared. Cooking chicken at high temperatures may serve to destroy the omega oils in the meat. And brining a turkey before cooking will certainly add sodium.

Turkey vs Chicken: Which is Better?

Turkeys and chickens are both available year round, have similar price points, and have similar nutritional values. Chicken is slightly more versatile than turkey, as it requires less cooking time and can be prepared at higher temperatures.

Chicken is an everyday food; you’ll find it in fast food restaurants, in prepackaged foods and in “family-style” recipe books. It’s quick and easy to prepare. Turkey has become an icon of celebrations. Since Bob Cratchit ate that prized bird in A Christmas Carol, the turkey itself has become a Christmas classic.

So which is better, turkey or chicken? As with a lot of foods, that depends on your personal preference! You may prefer the higher protein content of turkey, or the ease by which chicken is prepared. Chicken may be more convenient and available in your area. Or you may have a hunter in the family, and have grown accustomed to wild turkey.

Don’t be afraid to experiment with the meats. Try interchanging them in different recipes, and see which you like better! You have free range – er, rein – over which you decide to use in your recipes.