Tzatziki Sauce and Drip: How to Make and What’s Included 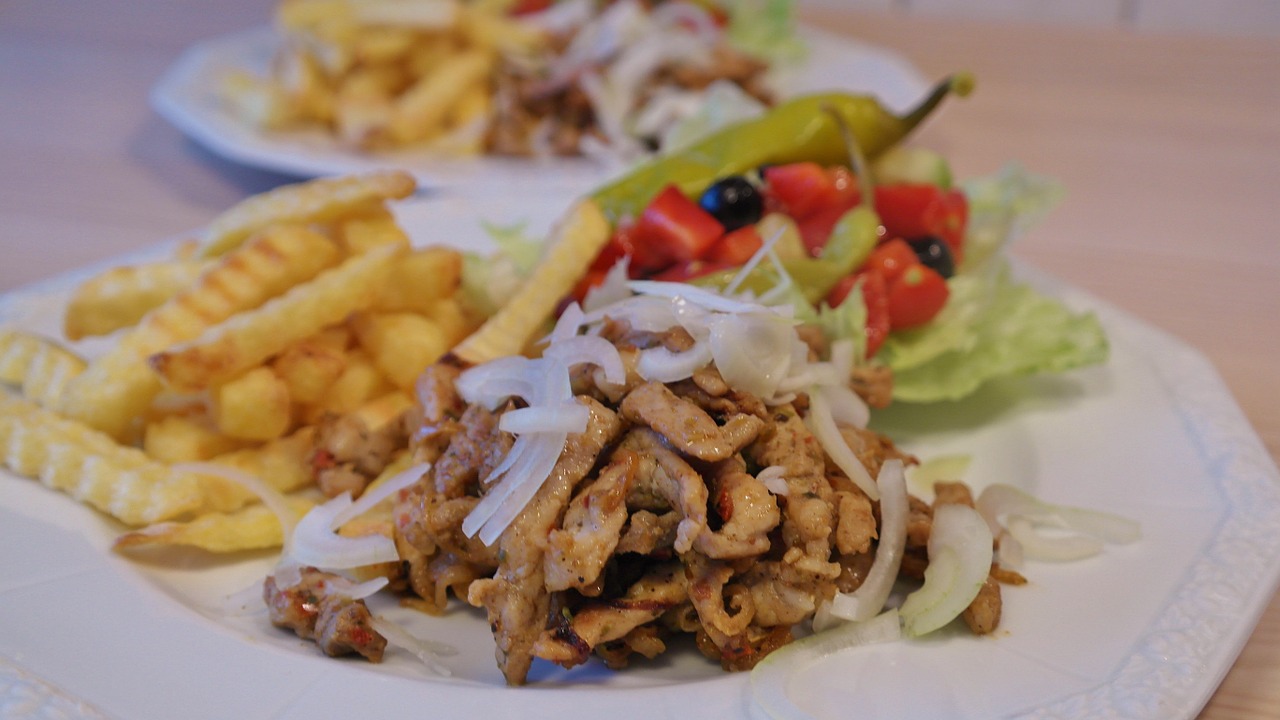 Very few edible delicacies are more famous than the Greek tzatziki. Only second in popularity with tourists to moussaka, this refreshing sauce, made from yoghurt, grated cucumber, fresh dill and garlic, is the stuff of vampire nightmares and human indigestion.

Nevertheless, tzatziki is one of the most delicious and surprisingly not massively calorific delights. Tzatziki’s origin remains a contentious mystery, however, there two main conflicting theories. One of the theories has tzatziki consumed in ancient Greece, under the name of ‘myttikó’, which was reportedly made in a very similar way to the modern version of the dip.

In the Byzantine Empire, tzatziki also included chopped black olives, egg and white cheese, but it was named ‘tsakisto’. The aforementioned version wants tzatziki to have been later adopted by the Turks and renamed as ‘cacik’.

The second theory is not entirely different, however, it disregards tzatzki being consumed in ancient Greece, crediting Turkey as the country of origin of the famous dip. There are several version of the tzatziki, depending on which geographical area one is in. In Caucasus the sauce is called ‘ovdukh’, and it is made using kefir yogurt. In South Asia, in particular in India, a similar dip is also consumed, but it is normally made with yoghurt, cucumber, onions and ground cumin, and it is called ‘raita’.

Whatever tzatziki’s original recipe was and where it was first consumed, it is one of the most beloved dips most certainly originating in the general Anatolia, Balkans, Caucasus area.

How to Make Tzatziki Sauce 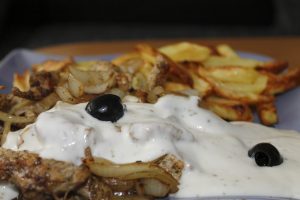 Making tzatziki is not overly complicated, provided one has the correct ingredients. There are four main ingredients one needs, including yoghurt, cucumber, fresh dill and garlic. Many recipes also call for a splash of extra virgin olive oil and chopped fresh mint.

There are several ways to make tzatziki, depending on preference, one of which can be found in my Mediterranean cookbook, entitled The Gift of the Greek: 75 Authentic Recipes for the Mediterranean Diet, available on amazon.com and amazon.co.uk. My recipe calls for the best raw ingredients, because as we all know, a dish is only as good as the ingredients used to make it.

Much like its country of origin, tzatziki is also the topic of many disagreements about its pronunciation. There are several ways to pronounce tzatziki, but it is generally accepted that it should be pronounced ‘ja-jee-kee’. Other pronunciations include ‘sa-jee-kee’, ‘sa-jeek’ and ‘ja-jeek’. Whatever you want to pronounce it, it is highly unlikely one would not be able to understand what you would like to order when visiting Greece or Turkey.

The recent popularity of the vegan diet, has also given us a new version of the traditional tzatziki, made with soy yoghurt, which remains as delicious as the original recipe, but consumed with less guilt by people on a vegan diet.

We also suspect the the vegan version of tzatziki will carry less calories, however, if you do decide to make tzatziki with dairy yoghurt, you could use a 0% fat yoghurt, which will dramatically reduce calories content, making tzatziki a really innocent treat.