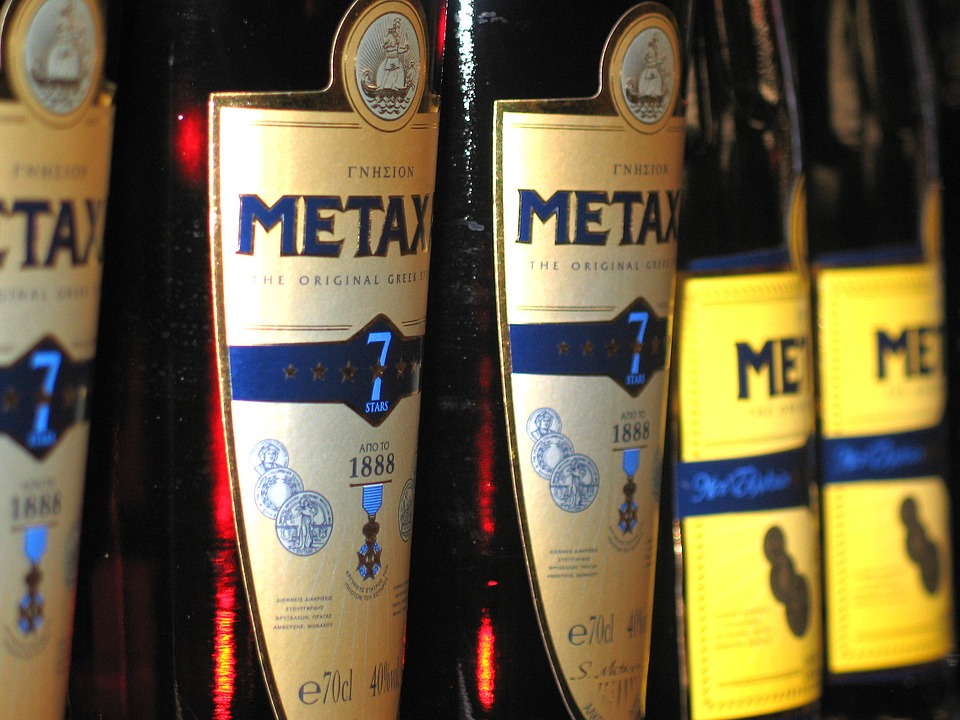 Metaxa is a very unique tasting brandy that is created and sold primarily in Greece, but is also exported to spirit lovers around the world. But what makes Metaxa so special, what do the 3, 5, 7 and 12 brands signify, how is it made and where can you buy it in the United States?

Metaxa is a brandy blend that is produced in Greece and sold in several different varieties, based on how many years the drink has been aged prior to bottling. Metaxa was first introduced in 1888 and has been made in the same traditional way ever since, with the recipe being a closely guarded secret.

The man behind the brand was Spyros Metaxas, who founded the House of Metaxa through which he passed on the business and the Metaxa recipe.

How is Metaxa Made?

Metaxa begins life as a brandy, or rather a number of brandies. The manufacturers take brandies that have been brewed from different batches of dry white wine by an assortment of distilleries across Greece. The resulting brandy blend is then aged in oak casks before being added to a specific type of muscat wine produced on the islands of Samos and Lemnos. This helps to impart a richness to the brandy mixture, adding extra depth and bringing some of that unique Metaxa flavor.

After the muscat a special blend of herbs and extracts are added. This is a secret recipe and the only part that has been disclosed is a rose water extract.

What is the Metaxa Secret Recipe?

The manufactures don’t give up their secrets easily. What we know for certain is that no chemicals are used and only natural ingredients are added, with extracts and tinctures potentially used to potentiate the flavor of specific herbs.

There is a fruit taste to it and notes of citrus, which suggests the use of something like orange blossom or orange oil. There is also a floral taste, imparted both by the rose petals and potentially something like jasmine. Really though, it’s all speculation and no one except the few who make it know what goes into Metaxa.

What Are the Different Types of Metaxa? 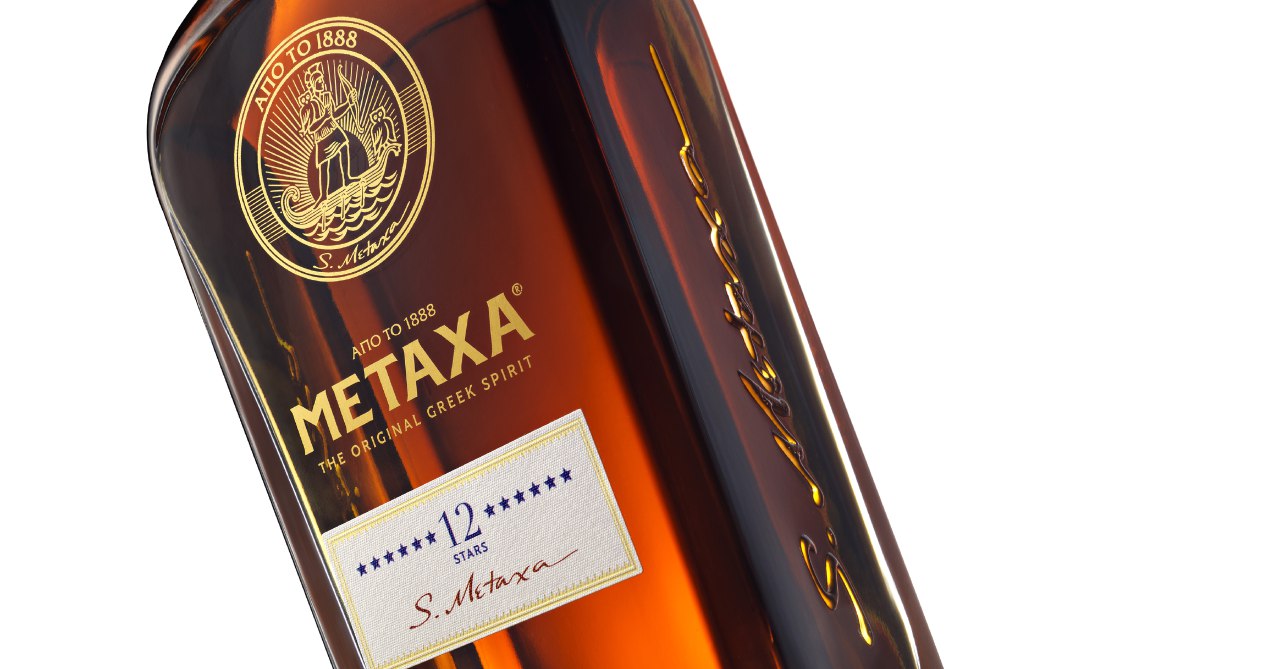 There are four main varieties of Metaxa: 3, 5, 7 and 12. There are also special edition versions, such as their Private Reserve. The number references the amount of time that the blend has spent in maturation. So, Metaxa 3 has spent three year in those French oak barrels, Metaxa 5 has spent 5 years, and so on.

There is a significant difference in taste, because while the unique Metaxa flavor is there throughout, there is a certain smoothness and clarity added by the maturation process, not unlike the improvements you get when you age normal brandy or even whiskey. The greater the age, the more complex the flavors are and the more enjoyable the drink will be.

This is a very raw and ready Metaxa. It has the strong flavors you typically associate with the drink, but is lacking the smoothness you get with the mature varieties.

Metaxa 5 is when this drink really starts to come to life. Despite a difference of just two years in age, there is a huge difference in taste and this is typically recommended as the best starting point to truly experience this drink.

Another two years, another step up in taste. There is a certain complexity to Metaxa 7 that is comparable to a very good whiskey.

The ultimate Metaxa, the 12 has been aged like a high quality single malt and this, combined with the flavors that make this drink so unique, ensures this is a truly memorable brandy.

Which Metaxa is Best?

It’s really all down to preference and budget. If you have the money for it and you enjoy a more refined spirit, then Metaxa 12 will suit. If you’re not an experienced brandy drinker then you might be happy with 3, as is the case if you don’t want to spend much money. For me, Metaxa 5 is usually enough to enjoy the great taste without blowing the bank, while Metaxa 7 strikes the perfect balance between cost and taste for when I want to splash out a little.

Where to Find Metaxa in Greece

You can find Metaxa in most, if not all, clubs and bars in Greece. It is one of this drink that seems to be enjoyed more by tourists than by locals, seemingly because drinkers around the world prefer imports to homegrown tipples, but the locals still guzzle it down with as much aplomb as the tourists do. To order just ask for “Metaxa” followed by the number you want.

You will pay very little for Metaxa in local bars and restaurants, with the 5 and 7 versions priced around the same as the most basic of whiskey and vodka imports. The 12 is a little more expensive of course, but there’s no better place to enjoy it as this drink is cheaper in Greece than it is in any other country.

Just keep in mind that you will always pay more for this drink in tourist towns. Everything is fair game in these areas and you’ll see huge markup on drink and food. A good indicator of a good bar is whether or not the locals go there. So if you look around and can only hear English, then you’re probably somewhere that only really caters for tourists and somewhere you will pay top dollar for local drinks.

If you buy bottle of Metaxa from a local supermarket then you’ll get it even cheaper, while at the airport you’ll pay about the same price as you would in a boutique store. The average price is around $15 for a 750ml (full size) bottle of Metaxa 5, while the Metaxa 12 can be bought for as little as $40.

Where to Buy Metaxa in the US 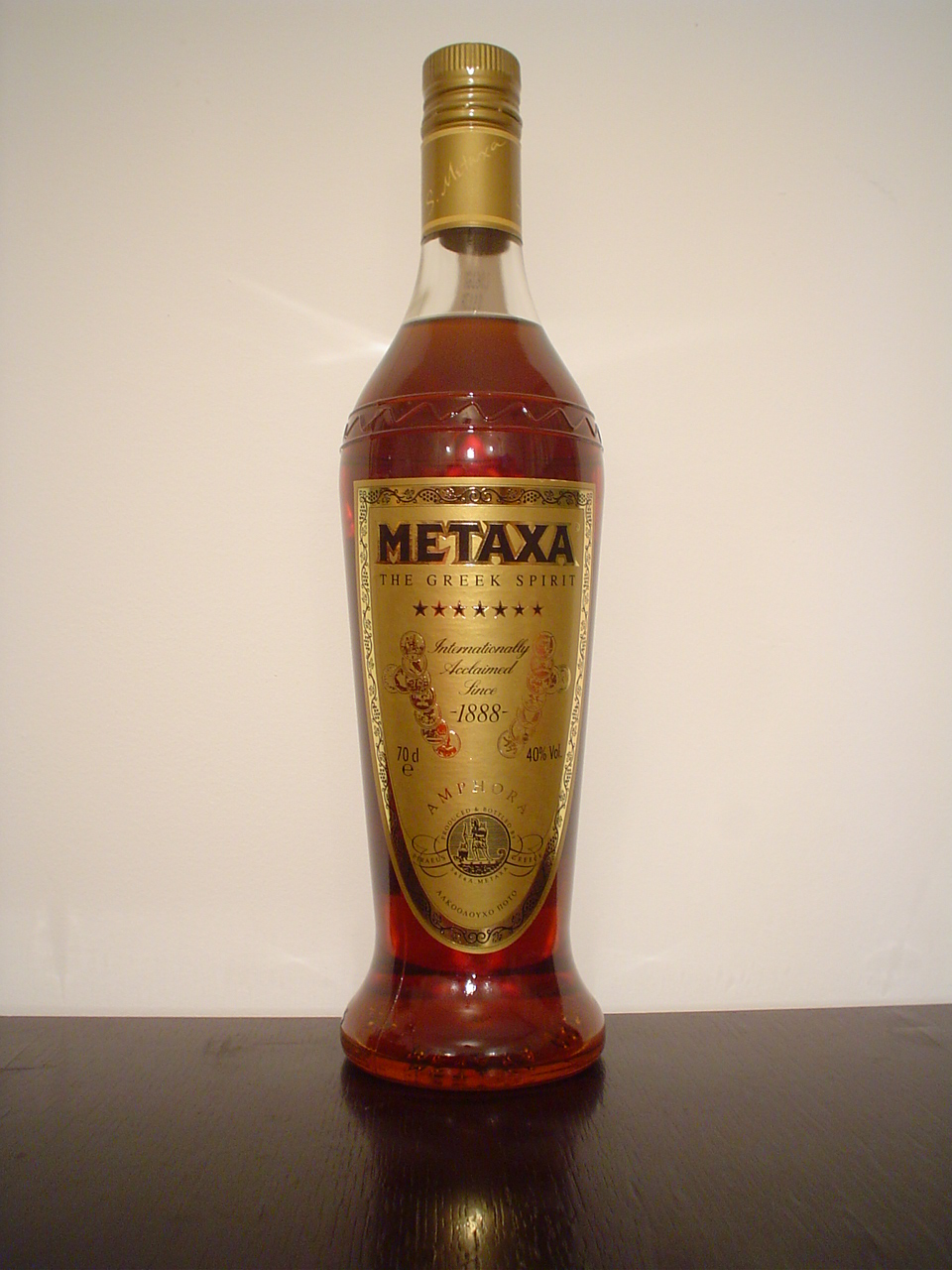 In the US, Metaxa needs to be imported, but it is very popular here and has been since it was first introduced over 100 years ago. In fact the success of Metaxa in Greece was one of the driving forces behind the brand’s success overall and perhaps the main reason it is now seen as one of the 100 biggest drinks brands in the world.

You can find Metaxa 7 on sale for around $30 at local liquor stores and you shouldn’t have an issue finding other varieties of this drink.

If you’re in the UK, Metaxa is more readily available than in the US, but priced roughly the same.. The 12 can be bought online for around £35; the 7 is usually £25 and you should pay no more than £20 for the 5. You may pay even less at your local supermarket.

Author: admin
Filed Under: Alcoholic Drinks
Ouzo: What is it, Where Does it Come From and What’s in it?