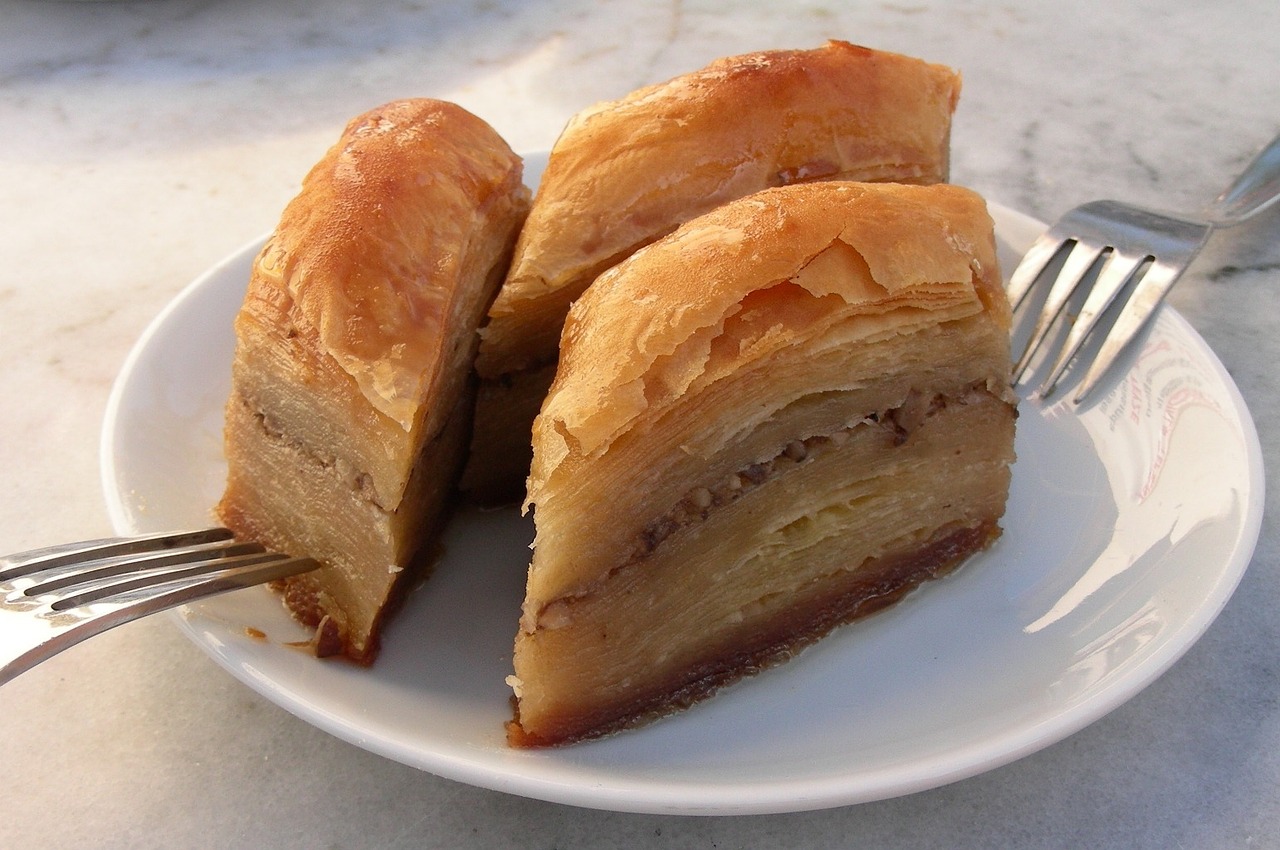 The Baklava is one of Greece’s most famous sweets, renowned across the globe. It is a syrup based sweet versions of which are encountered in Middle Eastern and Balcan cuisines. The most popular version of baklava’s history wants the sweet syrup desert to have first emerged from the Turkish tribes of Middle Asia, and perfected in the sultan’s kitchens.

The origin of the baklava is a touchy subject, with many countries claiming it as their original creation. The Greeks generally believe the version that wants baklava to have been made by Asyrians in the Eastern Mediterranean region, and Greek merchants to adopt and adapt the recipe, bringing baklava as we know it today to Greece.

The best baklava of the Ottoman Empire was famously created in the town of Gaziantrep, and it was reportedly best enjoyed with a nice, freshly-brewed Turkish coffee. According to Andrew Dalby, there was never any mention of a dish resembling baklava in the ancient Greek or Byzantine texts, until the rise of the Ottoman Empire. The oldest version of baklava ever found in a recipe book, comes from an ancient Chinese-Mongol recipe book in 1330, where it was referred to as güllach.

Originally the recipe called for granulated sugar, however, the Greek version of the recipe also calls for two tablespoons of honey and a sprinkle of ground cinnamon. Where the baklava really comes ‘alive’ is when it is paired with a light vanilla ice cream, which elevates the taste of the baklava to new heights. 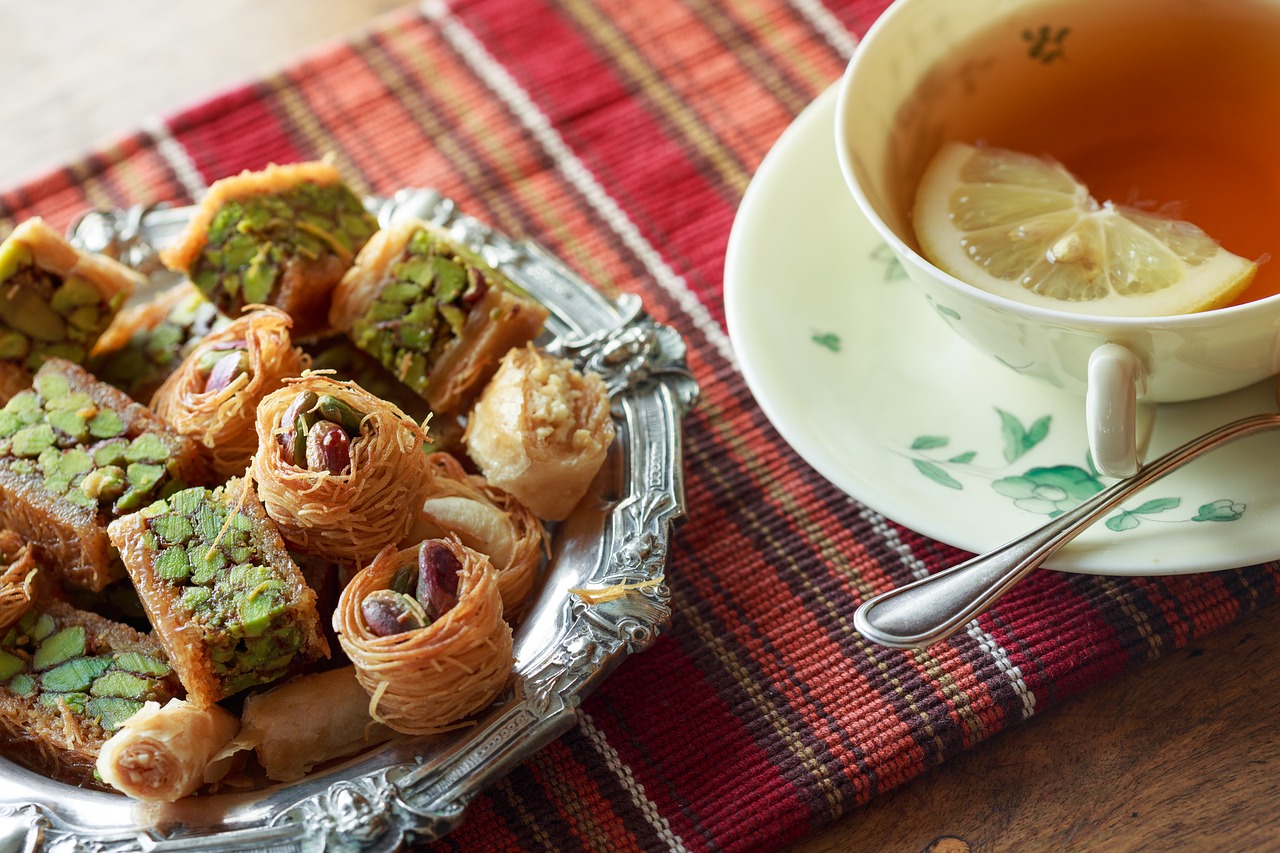 Baklava is usually made using filo pastry, butter, nuts and pure honey. There are many variations of the original baklava recipe, which either discuss the way the baklava is cut, or the actual ingredients themselves. Some recipes are also adapted to fit the period of lent before the Orthodox easter celebration.

In many Greek patisseries, apart from the traditional and well-loved version of the individually portioned baklava, one can find small finger portions as well as more decadent versions of the baklava, with a thick milk chocolate layer on the top. Whatever your individual preference and taste is, one thing is for sure, baklava is a dessert that leaves you wanting more, so if you are on a diet it is generally best to be avoided.

Traditionally baklava is made with crushed walnuts, however, a variety of combinations can be seen in modern versions of the baklava. Some recipes call for the traditional recipe to be enhanced with a mix of walnuts, pistachio, cashew and almond, and they jazz things even further by calling for dried fruit and raisins to be included.

Personally, I love dried fruits in the baklava, as they make the baklava softer and more scrumptious in texture. The dried fruit also absorb the honey syrup and help keep baklava fresher for longer periods of time in the fridge. Some traditionalist keep baklava outside the fridge, however, this can be a dangerous tactic, so it is recommended that after the first day or so the baklava is kept covered in the fridge, and taken out an hour before serving, so it can be enjoyed in room temperature.